In 2010, INA organized the very first edition of the professional training programme FRAME, co-funded by the Creative Europe - MEDIA programme of the European Union, and supported by FIAT/IFTA  and EBU Academy.

Since then, 18 training sessions of FRAME have gathered 177 professionals and 121 trainers from 44 countries. FRAME enabled to develop a wide community of international Archives professionals and supported their projects and career paths’ development. To celebrate this 10th Anniversary, former participants share their experience about their participation in FRAME, its impacts on their professional projects and career development. 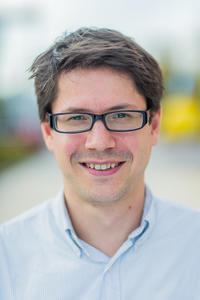 Brecht Declercq is the Digitization and Acquisition Manager of meemoo (formerly VIAA) in Belgium and Secretary general at FIAT/IFTA (International Federation of Television Archives). Since his participation in FRAME in 2014, Brecht is an important and valuable FRAME's partner: he is a regular speaker of FRAME courses, and as meemoo is a FRAME’s partner, he is involved in its scientific committee to define the training program and format.

Reasons and expectations from participating in FRAME

Brecht Declercq I don't have an academic background in audiovisual archiving, so as many colleagues I learned nearly everything on the job. That way of learning is intensive, but it also lacks structure and it leaves gaps. What I hoped from FRAME was that it would fill a few of those gaps and provide me with an "exoskeleton" to strengthen and suspend the shapeless mass that my knowledge was. It fantastically worked. 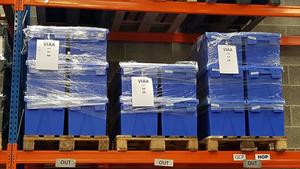 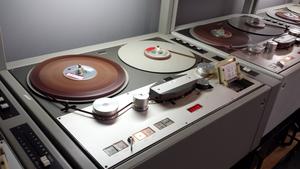 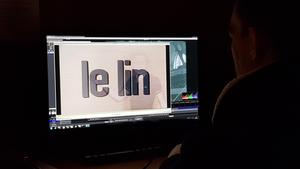 Positive impacts of FRAME on your work and career paths

Brecht Declercq My professional knowledge and skills were thoroughly reinforced, in the sense that the training answered lots of my “always wanted to know but never dared to ask” questions, e.g. about audiovisual file anatomy, containers, codecs …

It acted as a career booster because a few years after I followed the course, I became a teacher, thus having a repeated opportunity to “learn by teaching.” The course did not give me a concrete promotion or so, but I’m sure that if it happens, this course will have contributed to it.

The enlargement of the international network is undeniable. I still have contact with some of the people who were in my group. This effect repeats itself year after year as a part of the teacher’s group and this makes me very happy.

“Thanks to FRAME, The enlargement of the international network is undeniable. I still have contact with some of the people who were in my group. This effect repeats itself year after year as a part of the teacher’s group and this makes me very happy.”

Professional projects supported by the participation in FRAME

Brecht Declercq What I learned at FRAME about file anatomy, containers, codecs and specifications is literally of daily use in the large digitisation programme that my institution is running since 2013. Project planning, technical and workflow decisions... it would all have looked not as solid as it does without FRAME. It is a solid basis also for further expansion of my knowledge in the sense that it allowed me to understand other articles and presentations that I previously did not understand fully. This shows once again its multiplication force.

You can find other testimonies from FRAME participants